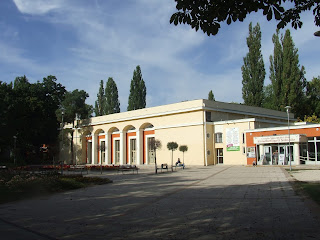 The Erzsébetligeti Színház was the concert venue for three individual concerts for Dawnstar in 2006.

The first concert was organized by Antónia Palotás, who was a teacher at  Szerb Antal Gimnázium at that time. She recommended the band for a concert organizer who was looking for young bands from Budapest.

The second concert was organized by András Keserű, who became friends with Dawnstar after the first successful gig in June. He offered the band an outdoor gig late September. During the concert the band was continuously struggling with technical problems. Therefore the band finished their concert ahead of schedule. Attila Wind became so furious during the gig that he hurt the organizers.