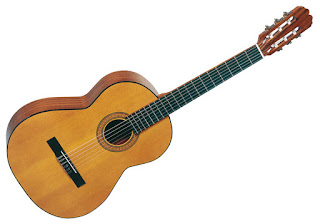 The Admira Paloma is Attila Wind's first acoustic guitar. He received it as a present from his parents in around 1995. He predominantly used the guitar for composing his first songs for Ansellia and later for Dawnstar. However, he also used it during Dawnstar's  Psychedelic Gallery concert sessions. Unfortunately, the neck of the guitar broke and he has not used it since then.