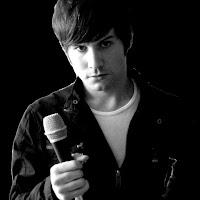 Attila Wind is a songwriter, guitarist, and vocalist. He is best known as the lead singer-songwriter and guitarist of the alternative rock band, Dawnstar.

Musical influences
Wind started to become interested in music during his childhood. His uncle regularly copied his cassettes such as Pink Floyd, Jesus Christ Superstar and Deep Purple to Wind. In addition, Wind's father was also a music fan who listened to various artists.
However, the biggest influence on him was the arrival of the MTV era in Hungary. When he first listened to the song Smells Like Teen Spirit on MTV he was hooked on immediately. He recalls: "when I first heard Nirvana's Smells Like Teen Spirit, I decided to be Kurt Cobain". He started nagging his parents that he would like to get a guitar. Finally, in grade 2 he received his first acoustic guitar and he was enrolled to a music school to learn to play the guitar. However, at school Wind had to learn traditional folk songs which Wind did not like that much at that time. So after one year he left the music school and started to learn to play the guitar by himself. Wind said: I remember going to libraries and copy music sheets and then taking home and learning the songs by myself. I really enjoyed doing it,"
Gear
The following is a list of the gear Attila Wind used during recordings, concerts or rehearsals. Some of the items of equipment he purchased, borrowed or leased.

Amps
Since Wind visited a website on David Gilmour's gear, he has paid much attention to the amp he uses. Wind received his first amp in 1998 a transistor amp which he used it regularly. However, during concerts he used several other types of amps.

Wind had only one amp a Laney HC25 between 1998 and 2016. However, during concerts he has used several different amps which were mainly rented.
Wind has been using a Laney CUB 12 since 2016. He first used at the Classic Rock Coffee on 18 June 2016.