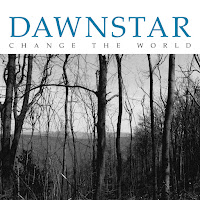 Change The World is the first EP by Dawnstar. It was released on 30 November 2007.

The idea of recording of the album came in spring 2007. The band was not satisfied with the quality of the A Metrosexual's Confessions demo, therefore they decided to choose some songs from the 2006 demo to record them in a better quality. The band returned to the same studio where the 2006 demo's drum recording was taken place at the Abnormal studios.