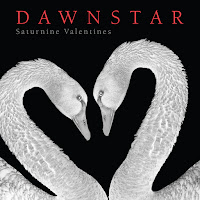 Ophelia is a song by Dawnstar. It is the second track from the band's first LP, Saturnine Valentines, released on 16 May 2013. Both music and lyrics were written by Attila Wind in 2012. The first title of the song was Laura. However, during the first rehearsals the Bálint Hamvas and Viktor Albert ridiculed the chorus of the song which resembled "get on a horseback" in Hungarian. Therefore, later Wind changed the girl name at the end of every second verse to Ophelia. One would suggest that Ophelia was borrowed from Shakespeare's work but actually Wind did not refer to him at all. He just liked how the name sounded. It was played live for the first time at Szilvuplé Varieté on 12 February 2016.


Ophelia is being played at Szilvuplé Varieté on 12 February 2016