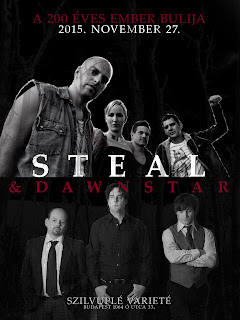 Dawnstar's 24th concert was held on 27th November 2015 at Szilvuplé Varieté in Budapest, Hungary.
The concert was organised by Gábor Bordács who invited the band to play at the show. The original name of the event was "200 éves ember bulija" (The 200-year-old man's party) because four friends celebrated their 50th birthday, including event organizer Gábor Bordács.
The concert was special for the band because they had not played for almost 4 years after Anna Mitropulos's departure in 2011. The concert was also special because the band had not played as a trio for almost 10 years.
The party's topic centered around the 1980s music therefore the band were asked to perform some songs from that era. Dawnstar chose four songs from the 1980s including The Cure's Boys Don't Cry, Joy Division's Love Will Tear Us Apart, U2's I Will Follow, and The Smiths' Panic. Among these songs there was one of  Viktor Albert's favourite band, U2. The available time at the show was around 30-40 minutes for the band, therefore Dawnstar decided to play some of their songs too. The band played three songs from Saturnine Valentines, including Love's Gonna Be Tender for the first time, and two songs from Change The World, and Giulia from their A Metrosexual's Confessions demo. 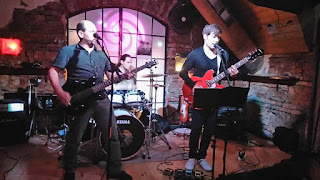 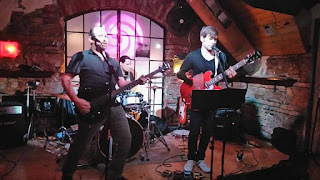 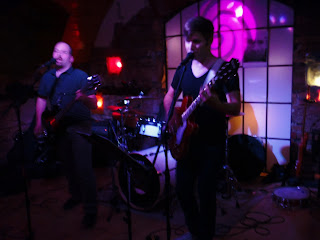 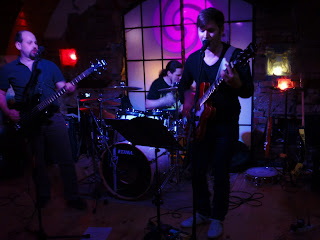 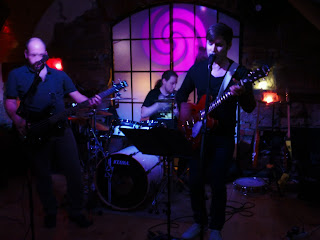 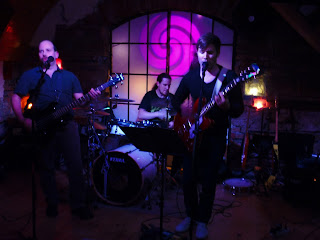