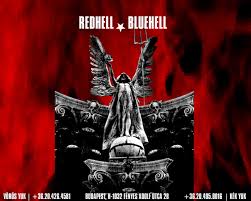 The Red Hell or Vörös Lyuk was the venue for Dawnstar's concert on 19 April 2008. It is located in the third district of Budapest and it hosts mainly metal bands from the region. Dawnstar played a show at the Rapid fest in 2008.