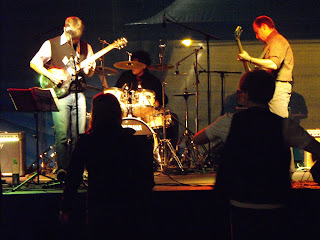 Dawnstar's 18th concert was held on 6 June 2009 at Donaukanaltreiben Festival in Vienna, Austria. This was the first concert abroad. The gig was organised by Heidi Piringer, an Austrian concert organizer, who spotted Dawnstar on MySpace and invited the band to play at the Donaukanaltreiben Festival.
The band decided to bring all the equipment they had at that time. however, on the spot it turned out that everything was provided except for the guitars and keyboard.